How Can F1 Remain the Top Motorsport?

Formula One has been the pinnacle of motor racing for decades. Featuring cutting-edge technology, million-pound sponsors and legions of devoted motorsport fans, F1 has succeeded for so long thanks to its ability to outperform the competition with faster cars and more exciting races.

But is this about to change?

Recent developments in Formula E, NASCAR and MotoGP are driving fans to these car races and away from traditional Formula One. Why is this happening, what innovations are other motorsports making that Formula One isn’t, and what does this mean for the future of motor racing?

The State Of Formula One:

What Formula One Does Well

Formula One is still one of the best funded sports in the world, with high-profile sponsors and famous racers that generate media buzz. A famous and well-established sport, F1 is shown on easy-to-access channels, widely reported and followed on social media. This is hard for newer sports to replicate, as they don’t yet have the pull that F1 has worked hard to cultivate over the years.

Formula One also has the prestige of the world’s best technology developed by motorsport engineers at the peak of their career. This makes Formula One cars works of art in their own right, and their performance simply can’t be matched by other sports.

What Formula One Does Badly

Since its beginning, Formula One has had one of the best atmospheres in sport. This is thanks to the dynamic and exciting visuals of the cars racing past at top speed, but also the teeth-rattling sound that has helped make the sport unique. However, developments in engine technology have diminished this once legendary sound, angering many of the sport’s most devoted fans.

This kind of fundamental change is driving fans to follow other racing sports, as they see it as a betrayal of F1’s legacy. Any change that is too drastic, that moves to far away from the formula can be damaging to motorsport, making it unrecognisable from what fans know and have engaged with in the past.

Here's Why the Sound of Formula One Racing is So Important.

One rival that may usurp F1’s crown is Formula E, a relatively young sport that is very similar but with some interesting twists. Formula E cars run on standardised electric engines, meaning the races are more down to the individual skill of the driver as opposed to the raw power of the car. This means the races are always unpredictable, with underdogs taking the podium and champions coming in last.

Formula E is entering its fifth season, with new teams poised to challenge the status quo and bold new plans for interactivity which they hope will bring in new fans. 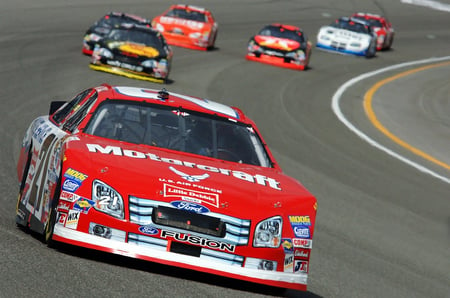 NASCAR attracts 100,000 fans to races every single week. To achieve this consistent level of popularity is an astonishing feat. For those who don’t follow the sport, it can be hard to understand how something so simple can be so enthralling.

Like Formula One, NASCAR is all about the sensations of being at the race. The incredible intensity of the racers, the speed of the cars and the joy of the fans is what makes the sport magical. But the real draw of the race is the frantic energy that comes with racing hundreds of miles, cars vying for the best position and dramatic crashes that wipe out entire sections of the track.

The American motorsport also has fantastic engagement on social media, which helps draw in younger viewers and fosters a real sense of community amongst the fans.

Learn more about Working in NASCAR.

MotoGP is the F1 equivalent of motorcycle racing, with all the speed and drama you would expect. But there’s one major difference: in MotoGP all the racers operate on their own. No radio, no pit stops – just one racer against the rest. This means their skills are more important than their strategy.

This also means the race is more dramatic, with individuals pushing themselves to win at any cost. On average, a MotoGP race has more overtakes than F1, keeping fans on the edge of their seat until the very end of the race.

Read about What It’s Like To Work In Formula 1, or learn about How AI Could Change F1 Forever.

What is the F1 Cost Cap?

There are many things that go into making a champion F1 team: skill, knowledge, ingenuity. But one thing matters most, e...

The Best F1 Circuits of all Time

Since the Formula One World Championships began in 1950, over 60 circuits have hosted at least one grand prix. That’s a ...

What It Takes To Work In F1

Formula One is one of the most demanding fields in engineering. Engineers around the world dream of working in Formula O...