Reasons for Working in the UK

Why Engineers Should Work In The UK

Great Britain has a diverse range of cultures, largely due to immigration. By working in the UK, a person will experience a variety of philosophy, architecture, art, literature, comedy, music, cinema and sport (plus many more!).

The UK’s culture is an assortment of modern and traditional entertainment and activities, ranging from world famous museums, to contemporary art galleries, luxury houses to castles and reserved parks. 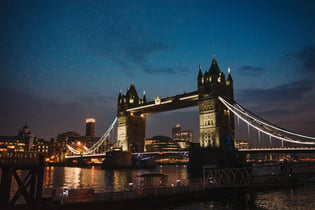 The country isn’t short of public houses; people usually drink, eat, gather, talk and relax in pubs around the country – licensed pubs can sometimes be open for 24 hours.

Restaurants that dish up food from all over the world are available for most of the population across England, Scotland, Wales and Northern Ireland.

With a large concentrate of multicultural societies, the UK embraces influences from across the world, making it a culturally rich and welcoming country.

The UK is one of the major globalised economies, ranking fifth in the world. Principles that manage its national economy are market liberalisation, control and low taxation.

Fundamentally, the UK has one of the world’s biggest manufacturing economies – home to companies such as Rio Tino, BAE Systems, Unilever, Rolls-Royce and Imperial Tobacco Group.

UK attracts migrants from across the globe – more than any other country; this is thanks to its strong economy, high standard of living and great working surroundings.

Longer paid holidays, free healthcare and a good minimum wage means the standard of living across the UK has increased over the past century.

Beneficially, to use the NHS a person doesn't have to fill out a massive amount of paperwork or be billed when having seen a local doctor. As well, residents working in the UK don’t go bankrupt due to extortionate medical bills and don’t get delayed treatment because they can’t afford it.

The NHS ranks as the most popular institution in the UK according to residents – more popular than the military and even royal family! Nurses and Doctors are the two most trusted professions in the country.

Want to travel the world and see as much as possible? There are no greater transport links around Europe than in London.

From the UK it’s easy to travel almost anywhere in Europe and back for between £30 - £200. The UK hosts over 40 commercial airports, with London alone having 5 that are ever expanding.

The UK’s railway system is the oldest in the world. The first locomotive-hauled public railway opened in 1825, which was followed by an era of rapid expansion. In 2016, there were 1.718 billion journeys on the National Rail network, making the British network the fifth most used in the world. The UK railway network can take you to all corners of the country without having to fly or drive.

Working in the UK offers amazing opportunities for being in touch with the latest technologies, innovative science and world-class engineering; all three have been highly influential to both the UK’s and world’s economy. 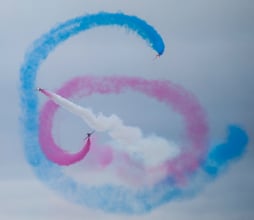 British people are known innovators and have made significant, influential advancements throughout history. Many leading tech-based industries are located in the UK, as well as pharmaceutical, aerospace and automotive industries too.

For example, Lufthansa Technik, British Airways, Jaguar, Land Rover and many more world-class companies are based in the UK, offering great job opportunities.

Working in the UK puts an engineer at the forefront of research and technical development.

The average working week in the UK in Monday to Friday, working approximately 8-9 hours a day. Flexible, part time jobs are also available in the UK, with an opportunity for overtime to earn more. Employers offer paid holiday days, ranging from 20 – 30 days a year (depending on the contract or type of industry).

Employers in the UK understand different cultural viewpoints and respect other cultures. Working in the UK means that a person’s workplace will have an intercultural environment, that is often imperative to a company’s success. British workplaces benefit from diversity, as innovations and ideas from different perspectives and cultures are always invaluable; not surprisingly, employers employ a diverse workforce for greater creativity.

Equality in the workplace is taken care of by the law in the UK; any discrimination on the basis of gender equality, marital status, age, belief, race or religion, disability or sexual orientation is illegal and strictly forbidden.

Find out more about diversity in the workplace.

Unemployment rate in UK is around 4.2%, which is very low compared to most of the other developed countries.

Read our guide on how to get a job.

How to Maintain Employee Engagement During Difficult Times

During the global coronavirus pandemic, all organisations not carrying out ‘essential’ work have been forced to allow st...

During the recent Covid-19 pandemic, many organisations not completing ‘essential’ work have reduced trading volume by f...

Whilst remote working has a number of significant benefits for companies and employees, a sudden or major change to your...