The impact of plastic pollution in the sea is of major global concern and is fast becoming a Marine industry emergency – here’s how business leaders can improve Marine sustainability.

Plastic in the Sea: Direct and Indirect Effects

Marine plastic pollution (MPP) directly affects a variety of Marine-based animals and plants. Plastic in the ocean harms species such as tube worms and barnacles and acts as a platform for viruses and algae. As plastic spreads throughout the ocean, it releases toxic substances carried from plastic’s additives to their polymers during production and from substances absorbed into plastic surfaces when plastic meets seawater.

The indirect effects of Marine plastic pollution include transporting AIS (alien invasive species) across countries and continents and the release of a persistent organic pollutant that causes further long-term damage to Marine life. 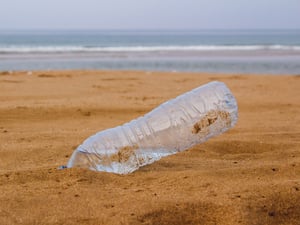 Marine plastic pollution has a cascading effect on global ecosystem function that eventually changes the dynamics of the Earth’s makeup and Eco structure. The global carbon cycle, at the centre of the biophysical basis of the Earth, is already being transformed by plastic in the ocean: the sea’s ability to carry necessary carbon into deep water reservoirs and the ocean’s floor is harmed by the sheer amount of plastic circling in the sea.

Due to the overwhelming presence of microplastics already entering the food chain and the widespread presence of plastic in the ocean overall, Marine plastic pollution is irreversible. However, Marine business leaders and those across the industry can get involved in the solution to prevent further global damage.

The Marine industry is already generating small-scale solutions to improve Marine sustainability, and with additional support, these initiatives are increasing their impact:

Learn more about solutions to the plastic problem.

Revolutionary designs, environmental emergencies and urgent skills shortages – what are the most pressing issues for ind...

Future of Marine – How TYNC’s Boat Design is Disrupting Sustainability

What Does The Future Hold For Marine Sustainability?

The ocean is incredibly important to all life on earth. Significant elements of the food chain live in the ocean, and po...