How Brexit Will Impact the Marine Industry 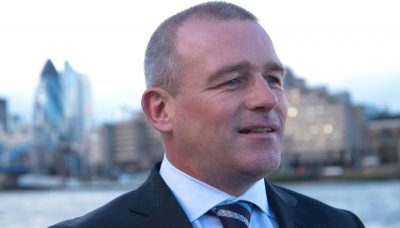 Brexit has cast uncertainty over all industries in the UK and beyond. With no one sure how the EU or its individual member states will interact and trade with the UK after the official deadline, many manufacturers in the Marine industry are worried that the UK may not be as attractive a trading and business partner as it once was.

Marine is a key part of the largely services-driven UK economy, employing more than 185,000 people. The wider Marine industry, which includes leisure activities related to the water as well as the construction of superyachts and small commercial vessels, has a combined turnover of £3 billion.

Europe accounts for more than 40% of UK Marine exports, compared with 18% for North America. The UK Marine industry is likely to be impacted whether there is a Brexit deal or not. Short-term Marine growth was immediately stunted in the wake of the Brexit vote, and is unlikely to recover until certainty has been reached on a firm Brexit deal.

What A Soft Brexit Could Mean for Marine:

A soft Brexit seems to be the most desirable outcome for the marine sector. Lesley Robinson, Head of British Marine has said:

"If there was no suitable immigration agreement, that really could impact the after-sales market of service and repair and harm our access to skilled labour."

If a trade deal is reached between the UK and the EU, it could mean that things remain largely the same for the Marine sector, with each side likely to desire avoiding complications and higher costs. Reliance on EU goods, labour and exports are all high, and many Marine businesses won’t want to risk uncertain waters if they can to stick with what they know.

What A Hard Brexit Could Mean for Marine:

A no-deal scenario leaves the marine industry on the back foot at the beginning of Brexit, struggling to keep costs down after a hike in import costs.

In 2014, the UK imported £100 million in boats. After the results of the Brexit referendum, that number plummeted to £30 million. A luxury purchase for many, buying superyachts can be deferred or decided against entirely. With so much happening in the wake of the vote, and so much to think about before a deal is finally reached, fewer consumer are prioritising yacht purchases in the current climate.

Exportation of goods would also be disrupted in the result of a no-deal Brexit. Currently 95% of all the UK’s imports and exports are done via Marine transport.

“Business leaders from across the economy support the Maritime sector’s call for a pragmatic Brexit deal that enables frictionless trade,” said David Dingle, Chairman of Maritime UK. “We cannot accept that no deal is better than any deal.”

Trade would be reduced, with an increase on trade tariffs due to the UK no longer having a trade agreement with the EU. This will of course directly lead to increased trade with countries outside the EU. The UK would have to negotiate its own trade agreements with China, India, Canada and the US to name a few.

VHR recruit Marine Engineers, Boat Builders and a variety of Marine Technicians through our Marine recruitment services every single week. For permanent or contract staff, get in touch today.