How Autonomous Cleaning Drones Could Save The Ocean 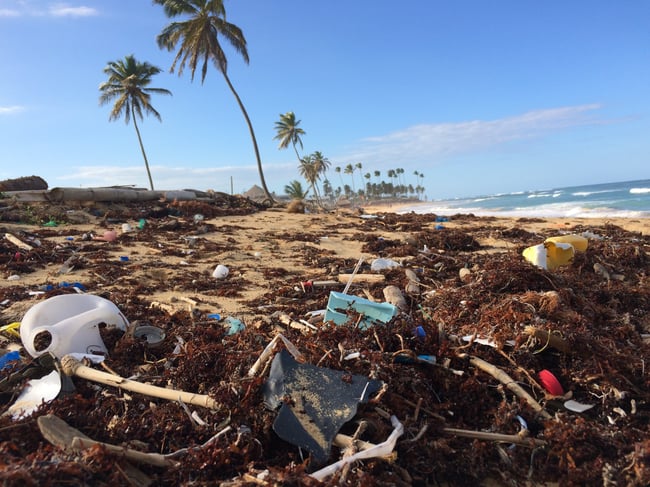 How Much Plastic Is in the Ocean?

There are currently five ‘patches’ of floating plastic and other rubbish in the world’s oceans today, the largest being the Great Pacific Garbage Patch at 1.6 million square kilometres. Made up of over a trillion pieces of plastic, it is three times the size of France.

The plastic is brought to the Great Pacific Garbage Patch by converging ocean currents (known as gyres), where it slowly degrades under the effects of the sun, ocean and marine life. Though it was discovered in 1997, relatively little has been done to clean it up and it is growing every year.

How Can We Clean Up the Ocean?

Plastic in our seas may seem impossible to clean up, and even for hundreds of people working around the clock, it would be. But autonomous robots can operate independently and clean faster and more efficiently than any human ever could. Here are just some of the robots hoping to clean up the ocean.

Whether by autonomous drones, remote-controlled robots or swarms of conveyor belts, it’s clear that something drastic needs to be happen to clean up the world’s oceans. We’re currently on track to have more plastic than fish in the ocean by 2050, at which point it will be too late to save the oceans, and ourselves.

Read about the Seabin Project, or learn how to reduce your own plastic waste.

How The Gas Shortage is Predicted to Impact the Marine Industry

The energy crisis is having an impact on almost every industry around the world. You can’t have an industry without ener...

Marine Racing for the Future

Marine racing is a sport that has always looked to the future. New technology, new designs, new ways of producing boats,...