Best Things That Have Been Discovered in Space

What are the best things astronauts and satellites have discovered about space, and how have these discoveries helped science research back on Earth? 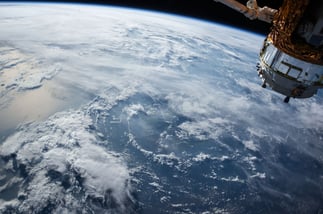 Studies have found that these runaway stars at the edge of our Milky Way were actually thrown out of another nearby galaxy. Research has found that these stars have come from the Large Magellanic Cloud, a dwarf galaxy in orbit around the Milky Way.

Water on The Moon:

A study in to the research conducted by Astronauts and Satellites found that the moon holds more water in its interior than scientists initially thought; this implies that humans may one day be able to make the most of the moon as a space resource.

Following its discovery, further studies have found that the moon hosts a substance called pyroclastic deposits – volcanic glass beads formed during ancient explosive eruptions. Prior to the research, scientists thought that these substances have potential, useful sources for elements like titanium and iron. 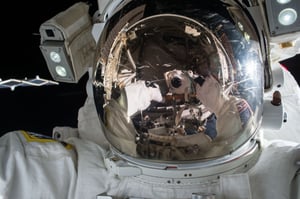 It’s quite possibly a scientist’s dream come true – satellites discovered in space a foreign object, also known as an Interstellar Visitor, in our solar system that came from somewhere else.

The object was spotted when it was already travelling away from Earth. One of the most peculiar things about this object was the speed at which it was roaming at; in September it was spotted close to the Sun and in October it had already passed Earth by 15 million miles! Covering over 15.8 miles each second, the incredibly speedy object was almost red due to how hot it was.

The idea that black holes exist has been around for centuries, however it was incredibly difficult for scientists on Earth to prove that they existed.

In 1990, Hubble telescope was launched in to space and produced one of the best things discovered in space. Hubble was designed to take photographs of the deepest parts of space to prove that black holes exist; however, it wasn’t possible to photograph a black hole. Instead, Hubble discovered that black holes pull in matter from around the hole itself as they are dying stars that collapse inwards from their own weight.

Picture’s taken by Hubble helped scientists understand how black holes are formed - their pull of gravity becomes so strong that even light can’t escape; this is why it looks black and the visible matter around it is visible.

Physics history was made when the first direct detection of gravitational-waves was discovered in space – ripples that stretch and compress itself show that space and time are fundamentally linked.

Detection of gravitational-waves opens up a brand new realm for scientists and astronomy as this means the waves carry information about objects and events that have created them – evidence that cannot be transferred by any other resource. The gravitational-waves came from two black holes spinning around each other and then colliding – these unions would have been unseen by scientists if it wasn’t for the waves.

The View of Earth:

In 1969, the Astronaut crew of Apollo 8 famously became the first humans to land on the moon; this was an incredible, history-making accomplishment that shaped the future of science for scientists back on earth. However, arguably the most impressive discovery of Apollo 8’s mission was the first look back at planet Earth – which had never been seen before. The view they shared had a never-ending impact!

The view produced in the photographs is now famously known as the ‘blue marble’. The photograph of Earth seen rising above the moon has been credited as one of the ‘100 Photographs That Changed the World’ - some will claim that it’s the most influential environmental photograph ever taken.

Apollo 8’s astronaut, Bill Anders, best summed up the experience: "We came all this way to explore the moon, and the most important thing is that we discovered the Earth," he said.

Earth day has subsequently been founded as an annual event that increases environmental awareness following the discovery of the photographs. The pictures have also aided scientists’ understanding of the Earth’s climate and weather.

Learn about the future of spaceflight, or read about the UK space industry.

The Best Careers in Aerospace

A career in the aerospace industry is the goal of many young engineers. Not only highly lucrative, the industry also off...