The current Coronavirus epidemic has profoundly impacted the Automotive industry. Tata Motors reported that Coronavirus has lessened vehicle production and wholesale volume, meaning reduced profits for Jaguar Landrover next financial year. Prestigious and long-running motor races including several rounds of MotoGP, the China, Qatar and Thailand Grand Prix and the Geneva International Motor Show were all dropped from schedules. Many sporting events that attract large crowds and require international travel, such as the inaugural round of Formula 1, have also been cancelled, postponed or moved to continue behind closed doors for the protection of participants, workers and fans.

Whilst the effects of Covid-19 are still to be felt for the next few months at a minimum, international Motorsport teams have shown throughout history that the industry can return from crises and difficult situations. Here are eight examples of underdogs and surprise race winners who made it through adversity and difficult situations to achieve success.


Now renowned in F1 history as a five-time winner of the World Drivers' Championship, Juan Manuel Fangio was not expected to emerge as the victor in the legendary 1955 Grand Prix in Argentina. Although Fangio took the lead in lap one, Ferrari’s Froilan Gonzalez soon stormed ahead. In lap 22 when Lancia’s Alberto Ascari and his teammate Gigi Villoresi both suffered a crash, Fangio’s Mercedes-Benz teammate Stirling Moss dropped out due to a fuel feed issue and several mechanical problems and crashes quickly reduced the numbers.

The 1955 edition is famous for its unbearable heatwave of 135º heatwave, which soon exhausted most lead and spare drivers, leaving Gonzalez set to take the Prancing Horse to victory. However, several driver changes due to the heat and an accident close to the finish saw Fangio win the three-hour race that saw many current champions unable to compete.


Danica Patrick is now revered by fans and champions alike, but a decade ago critics didn’t predict her stardom. After a near-miss saw her finish in 19th place during the first event of the season, and mechanical issues had interfered with her car in previous days, Patrick wasn’t in line for a podium position in the 2009 Indy 500.

The 93rd Indianapolis 500 saw a shocking eight crashes and a variety of problems for drivers and pit crews. After staring in 10th position, Patrick soared past seven other competitors to finish third, breaking records and setting a new record for the highest-placed finish for a woman in Indianapolis 500 history. Patrick went from underdog to be known as a great female driver and a great racing driver across the sport, creating multiple new standards as the first woman to achieve top qualifying times in trials and the highest number of starts and leading laps in the NASCAR Cup Series, and she still holds the prestigious position as being one of just 14 drivers to have led both the Indy and Daytona 500. 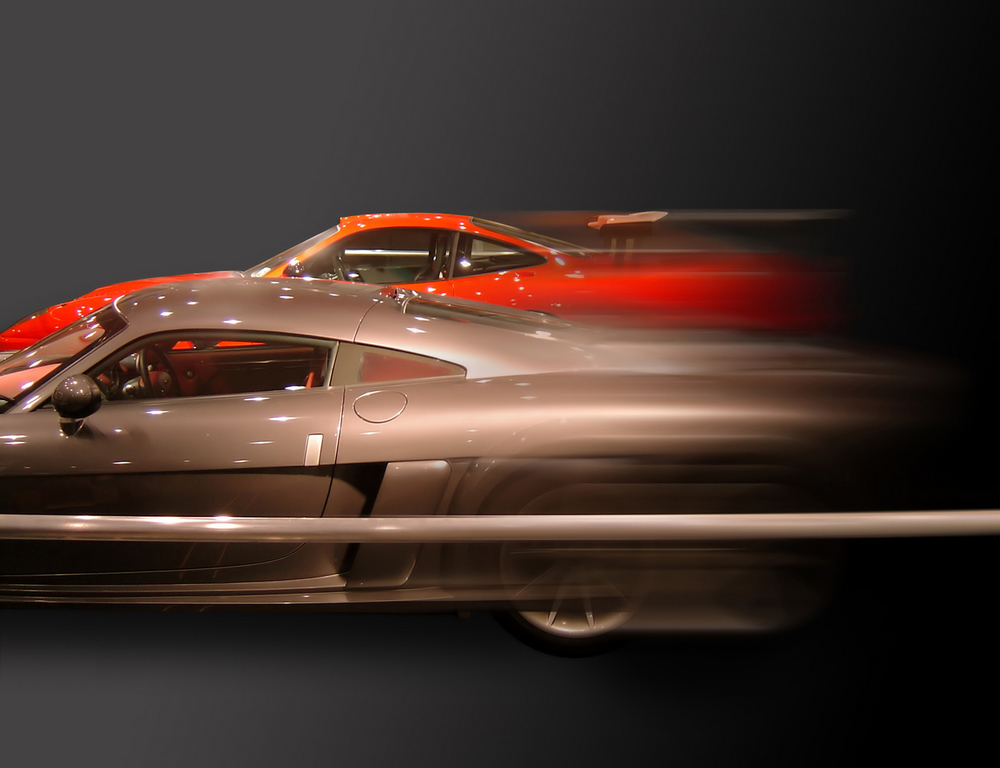 
Perhaps the hardest-fought and most exciting event in Formula 1 history, the 1971 Grand Prix in Italy saw one of the sport’s closet finishes in the fastest seasonal event of the time.

At the Ferrari home track, BRM’s Peter Gethin was far from the favourite to win. Matra’s Chris Amon enjoyed a phenomenal start with F1’s fastest lap of all time, and former two-time champion and 27-race winner Jackie Stewart with Tyrell-Ford provided tough competition.

Gethin started in the second row and lagged behind the other competitors until the end of the race. Clay Regazzoni with Ferrari led with a jaw-dropping lead after starting in the fourth row until Stewart took the lead in the seventh lap. At lap 16, Stewart and Ferrari’s Jacky Ickx saw their dreams dashed by engine problems, and in lap 18 Regazzoni joined his teammate in commiseration.

At the last moment – in the final lap – Gethin shot forward from fourth place to first. Gethin beat the current first place leader, Ronnie Peterson of March-Ford, by only one hundredth of a second. The remaining podium places along with fourth, fifth and sixth position all crossed the finish line within 0.2 seconds of each other.


The 2018 Germany Grand Prix saw a nail-biting event with two of the sport’s most successful and well-loved stars. Ferrari’s Sebastian Vettel was hotly tipped to win following his third Australian GP win and recent 100 podium placements.

The German race saw Vettel in an easy first place, and Hamilton near last position due to a hydraulics mishap, until lap 25. Sudden heavy rain took Vettel and his Ferrari team-mate Kimi Raikkonen by surprise. The downpour disrupted the leading pack, forcing Red Bull’s Max Verstappen to make two pit stops in three laps to change tyres, and leading Vettel to crash into the barriers. Hamilton controlled the weather conditions and cruised into first, landing his 66th F1 win. 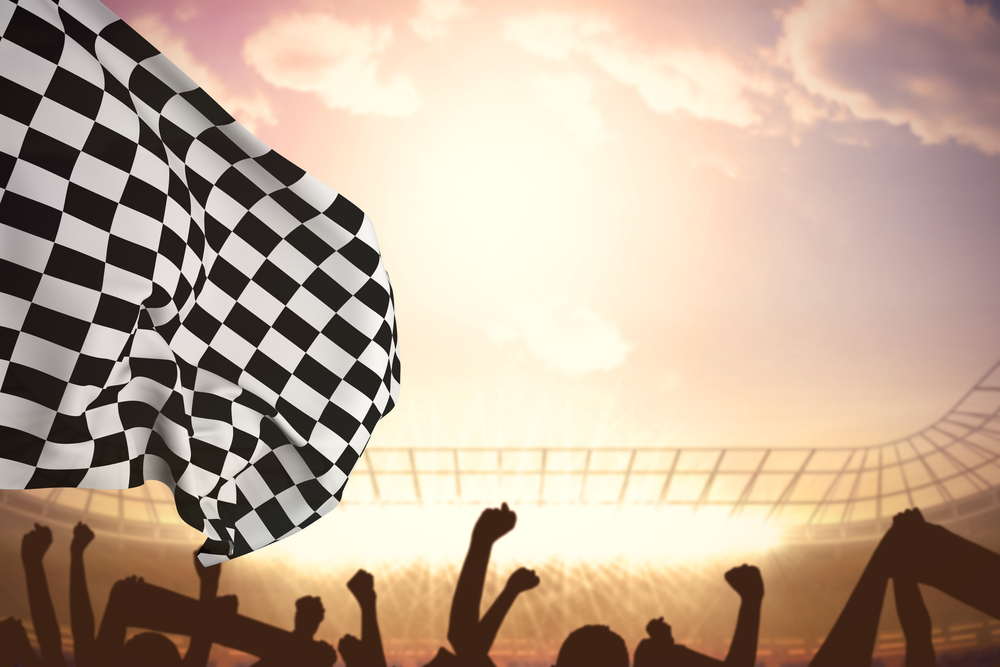 
Front Row have never shied away from a maverick team title and lofty ambitions. At the beginning of the last decade, the team spent only one third of the average entrant’s investment and were consequently experienced in entering used cars with tyres of imperfect conditions. After eight previous losses, very few expected success from these underdogs in the latest Speedway Cup.


A part-time NASCAR driver was disadvantaged from the start. With America still in mourning amid the devastation of 9/11, the latest Motorsport season postponed several races. Robby Gordon was competing with both RCR's No. 31 and Larry McClure's No. 4 when he bounced back from failing qualify at Atlanta and regenerated a week later at the New Hampshire 2001 event.

Multiple Cup Series winner Jeff Gordon with Hendricks was the favourite to win amongst 42 total competitors. Jeff Gordon started out in pole position, lapping and falling behind several competitors in a tense first 200 hundred laps that saw multiple cautions and crashes. In the last 20 laps, Robby Gordon shot forward to contest the lead, which changed three times between the two Gordons and Sterling Marlin. The New Hampshire win marked the first NASCAR Cup Series victory of Robby Gordon’s career.


The 1991 edition of 24 Hours of Le Mans was perhaps one of the most unconventional in Motorsport history, and particularly for Johnny Herbert leading Mazda’s entry. Due to new engine regulations, Mazda were placed in the least advantageous starting slots behind newer models. As the only team still running rotary engines – which were due to be outlawed the following year – the team did not have high hopes after disasters the previous year saw two of their three cars surrender halfway through the race and their remaining competitor finish in 20th position. However, perseverance and luck were on their side in 1991.

Competitors fell by the wayside one after another, with Peugeot dropping out due to ignition issues, Jaguar suffering from penalties and Sauber-Mercedes struck with undertray problems. As Mazda’s lead slowly grew, executives made the bold move to scrap the scheduled driver change and Johnny Herbert launched his Mazdaspeed vehicle to victory.


The infamously controversial United States Grand Prix in 2005 left spectators believing the race was anyone’s game. Tyre failures in the lead up to the event caused accidents for the Toyota team and prompted Michelin to advise drivers to reduce speed in certain laps. New regulations angered competitors, who would be unable to change tyres during the race.

With a difficult start, 14 cars were forced to opt out of the race due to safety concerns. Only six cars – drivers for Ferrari, Minardi and Jordan – could compete, as they all used Bridgestone brand tyres. BBC Radio broadcaster Maurice Hamilton revealed that, ‘Without question, it was the strangest race I commentated on in F1.’

Ferrari’s Michael Schumacher remained in the lead until lap 26, when a pit stop gave his teammate Rubens Barrichello the first position, and the two crossed paths with a near-miss when Schumacher forced Barrichello onto the grass in lap 51, which earned them both reprimands from officials. The two Prancing Horse teammates finished in a comfortable first and second place, with the remaining four vehicles lagging more than a lap behind. In America Schumacher took his first – and only – win of the 2005 championship.

Discover the 5 Ways that Motorsport Teams Will Innovate in 2020.

Looking for a new career? Here’s What It’s Really Like to Work in Motorsport.

What It Takes To Work In F1

Formula One is one of the most demanding fields in engineering. Engineers around the world dream of working in Formula O...

Formula One Design Trends To Watch In 2022

The 2022 season of Formula One promises big changes to the sport, intending to make it more competitive and exciting.