5 Automotive Brands That Bounced Back from Crisis

Covid-19 has seen even the most successful companies across industries struggle with business continuity and growth plans. In the UK alone, unemployment claims have more than doubled in the past month, 8million workers have been placed on furlough through the Government’s Coronavirus Job Retention Scheme, and available job vacancies continue to reduce in volume. Automotive production levels have fallen due to lockdown and social distancing restrictions, motorsport races and events have been cancelled and many manufacturers large and small have been forced to make significant redundancies.

However, there is light at the end of the tunnel: previous recessions, crises and failures have been turned around by a variety of industry players. Here are five well-known Automotive brands that used humility, creativity, innovation and world-class engineering to bounce back from crises.

5 Automotive Companies That Transformed their Brand and Financial Success


In year 2009, the renowned manufacturer of global vehicle brands such as Chevrolet, Buick, GMC, and Cadillac was almost unrecognisable. The worldwide recession was escaped by few businesses across industries and across the globe, sparking mass headcount reductions, withdrawal of planned investment and firms going into administration. That June General Motors (GM) filed for what became the largest industrial bankruptcy in history.

The American Automotive giants saw falling car sales decimate their business, as consumers could no longer afford even essential vehicle upgrades. However, leaders were determined to start up the business again. The New York-headquartered firm sold assets, subsidiaries and its trademark, applied for and received US Government funds and restructured three times to concentrate its product range. GM rebranded the entire company and some sub-brands to signal a fresh start and appeal to the new lifestyles, wants and needs of its customers.

Just one year later, GM increased sales by 25% – from 6.5million to 8.4million cars and trucks – and has reported profits for every following year. In 2019, General Motors was the 13th largest company by revenue in that year’s US Fortune 500 rankings. General Motors now employs over 180,000 people and works across six continents.

The business has advanced its investment into environmental and future-focused initiatives in the past few years, fast developing innovation that led to affordable electric cars, starters and airbags. GM states they are now ‘the only company with a fully integrated solution to produce self-driving vehicles at scale’. 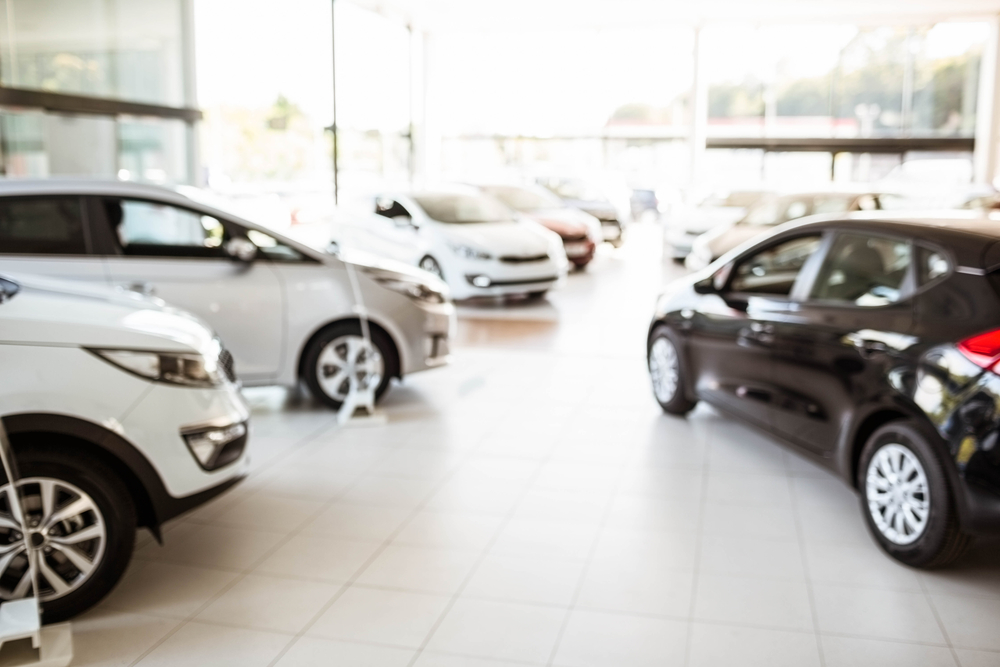 
The 83-year-old German Automotive maker stunned the world when in 2015 it was found to have faked its Diesel emissions testing results. The Environmental Protection Agency revealed that VW had secretly installed software that switched on during emissions tests, making the vehicles appear low-emission. This practice had helped over 11million cars with diesel engines cheat environmental tests over the past six years. The covert technology was in breach of the U.S. Clean Air Act by releasing 40 times the acceptable amount of pollution in the form of nitrogen oxides.

This discovery shocked markets and drivers alike. Volkswagen had historically enjoyed a trustworthy reputation based on a focus on safety and impeccable engineering standards. With its practices at odds with its public image, VW temporarily lost its reputation, loyal fan base and a significant amount of profit.

VW almost immediately attempted to address the damage by committing to investing at least $7.3billion purely to right the wrongs. In total the firm paid over $30 billion in penalties and legal settlements, and share prices almost halved overnight. A new era was ushered in at the resignation of CEO Martin Winterkorn and the arrival of former Porsche CEO Matthias Muller at the helm. Ton win back buyer trust, the company launched a new brand campaign focused on the historic ad future role of VW in the lives of European families.

Just three years later, Volkswagen had redeemed their reputation and returned to success. In 2018 the manufacturer reported an annual revenue of €235.849 billion, an increase 12 times of 2015’s figures, stock prices were high, and investment was storming ahead. In 2020, VW are outperforming their German competitors, releasing advanced technology inspired by motorsport, and embarking on a global partnership with Ford on electric and autonomous technology.


Twice in quick succession Ford experienced major crises that caused it to recall cars and pay out hundreds of millions of dollars in fines due to malfunctions that led to fatal accidents.

Throughout the 1970s, the 1971-released Ford Pinto was initially successful, selling 328,275 cars in its first year alone – however, the model was suddenly and urgently recalled. In the event of a rear-end crash, the fuel filler neck could separate and puncture the fuel tank, spraying fuel into the passenger compartment and igniting. Six years after the car first went on sale, it was revealed that bosses had known about the defect before the car even went to production, but decided upgrading the fuel system would be too expensive to fix: at a cost of $11 per car. A shield to protect the tank from rupturing would have only cost $1.

By 1978, after 900 people had died following Pinto crashes due to the fuel flaw, Ford recalled 1.5 million Pintos and made the life-saving modifications to the fuel system. $100million fines in civil suits continued to damage the company’s financial stability up to ten years later.

Following the Pinto crisis, the famous Automotive manufacturer faced another disastrous recall in 1980. A three-year investigation discovered that automatic transmissions built after 1966 contained a defect causing the cars to slip from park into reverse, causing them to roll unexpectedly, which had caused almost 800 accidents. In 1981, company executives prevented a complete PR disaster by running a new campaign that was distributed to 23million vehicle owners to alert them to the transmission issues and provide advice on increasing their safety.

Ford avoided what would have been the largest recall in history by acknowledging their errors and communicating directly with customers. The century-old household name has recently harnessed revolutionary innovation that connects technology with personal vehicles and enables a more personalised driving experience than ever before – offered as a free service to customers. 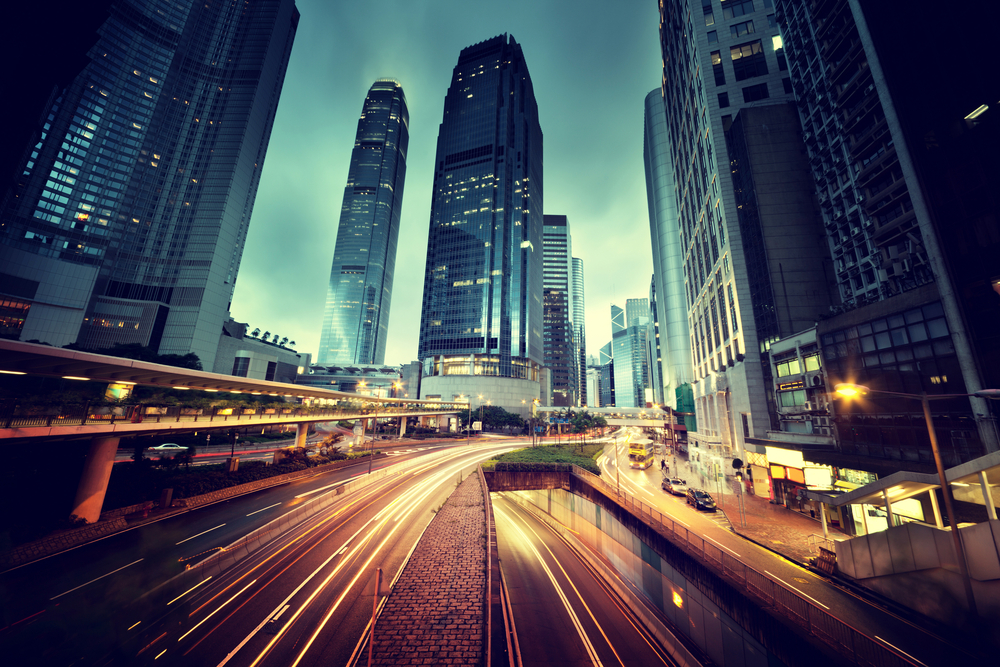 
In 2017, one of the world’s most famous, innovative and disruptive brands – across industries and markets – suffered a mammoth setback.

CEO Travis Kalanick’s neutrality was called into question at the revelation that he simultaneously served on the advisory council of US President Trump. The impact of this fact was compounded during an anti-Trump taxi strike at JFK International Airport, when the global transport brand were the only taxi company to continue operating in the area. Soon after these incidents, a former employee’s accusation of sexual harassment, and accusations of technology theft, reinforced the popularity of the newly created hashtag, #DeleteUber.

Kalanick stepped down to resolve the impartiality concerns and create space for a new leadership and a new public image. The transport leader’s Head of Design also left the post, before a transformative rebrand was launched to change public perceptions. Whereas the company’s old logo had been formed to resemble binary code, the new logo stripped back to a minimalist word-based design. The new brand aimed to focus more on connecting with customers and champion its strengths of safety and accessibility.

Two years later, the public controversies seemed to be behind the company as its brand image and sales were performing better than ever. In 2019 Uber was dominating the ride sharing market, owning 67% of the American market share alone, and had over 110 million worldwide users.

Uber have also seen monumental success with their diversification into food delivery service by adding Uber Eats to its portfolio. Following significant investment in resources and recruiting delivery drivers, two years ago Uber Eats was delivering to over 200 cities in 20 countries, and in recent months the Covid-19 pandemic has seen new customer sales rise by 30%.


From 2009 to 2011, Japanese Automotive maker Toyota suffered a variety of problems with different vehicle types and was forced into several model recalls. Potentially fatal issues with seatbelts, exhaust, accelerator pedals and power steering saw the company recall almost 4million cars worldwide over a two-year period. The business were forced to halt production of eight American models, paid $2billion in additional costs to solve the problems and posted the worst financial results in the company’s history.

The Auto manufacturer has overcome its difficulties to become the global market leader in hybrid electric vehicles and hydrogen fuel-cell vehicles, forging the way for an environmental transport revolution. In 2020 the business reached over 15million sales of Toyota and Lexus hybrid passenger car models, and the Prius is the world's top-selling hybrid nameplate.

The company now employers almost 400,000 people and in 2019 was the tenth-largest company in the world by revenue.

Is your business reopening following the easing of lockdown restrictions? Find out more about Social Distancing Solutions for Worksites.

Read our 8 Ways to Maintain Employee Engagement During Difficult Times.

How The EU Ban On Combustion Engine Cars Affects The Automotive Industry?

In July 2021, the European Union rolled out an ambitious proposal to effectively ban the sale of new petrol and diesel c...

How The Sprint Qualification Will Change Formula 1

By introducing the Sprint Qualification trial to the sport, all Formula 1 fans get offered more spectacle, races, and a ...

Impacts of Robotic Automation on Formula 1 and Automotive Industry

The world is moving from manual work towards automatic work as it has been found that robotic automation is fast, accura...