4 Reasons to Focus On Marine Sustainability

VHR’s team of Marine recruitment specialists are passionate about continually improving the Marine industry by providing engineering jobs and high-quality skills to the sector globally, and by helping to advance technology and sustainability. Here are 4 reasons to act for the ocean and help to improve marine sustainability. 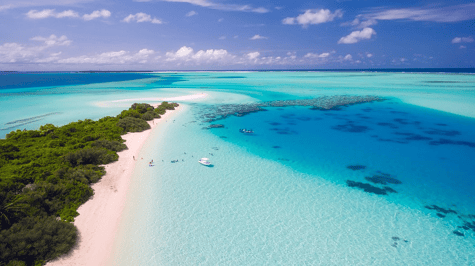 Plastic is fantastic: it has an amazing range of properties and an enormous number of applications. Plastics keep our food fresh, make our cars lighter and our homes warmer. As a society, we have come to rely on light, cheap and versatile plastics. Most of all, plastics are resistant, and this incredible property is also its worst characteristic.

An average plastic bottle takes about 450 years to break down completely, meaning that the components of a bottle dropped in the sea today could pollute the ocean for centuries. If the trend continues, there will be more plastic than fish (by weight) in the ocean by 2050. The plastic at the ocean surface accounts for only 1% of all ocean plastic: although others have found that a large percent is absorbed into the ocean floor, it’s still not clear where all the plastic is in the ocean.

According to a study by Plymouth University, one third of the fish caught in the UK contains plastic. The effect of eating these contaminated fish is for the most part unknown, but the risk was substantial enough to warrant a warning of increased risk to human health and safety by the European Food Safety Authority in 2016.

The largest source of ocean plastic is from fishing equipment. Abandoned plastic fishing nets are a significant part of the problem: these nets can travel long distances from their points of origin and can remain in the ocean long after they are discarded, resulting in the entrapment and death of marine mammals, sea birds and fish.

Plastic doesn’t degrade, but it does break down into microplastics which can be as small as a millimetre in diameter. The effects of microplastics on human health are still not well understood, but there’s growing evidence that microplastics can harm the animals that ingest them, posing an increasingly critical threat to marine life all over the world.

Human health is also impacted by the tons of plastic in the ocean. Because fish and wildlife are living in an environment filled with toxic chemicals from plastic decomposition, these fish and animals are becoming intoxicated. The toxins from the plastics have entered the food chain, threatening human health: in the most polluted places across the ocean, the mass of plastic exceeds the amount of plankton six times over, meaning that we are in effect consuming our own rubbish.

The Great Pacific Garbage Patch (GPGP) is the largest of the five offshore plastic accumulation zones in the world’s oceans. The GPGP is located halfway between Hawaii and California and covers an estimated surface area of 1.6 million square kilometers, an area twice the size of Texas or three times the size of France.

The mass of the plastic in the Great Pacific Garbage Patch was recently estimated at approximately 80,000 tons, which is 4-16 times more than previous calculations. 92% of this mass is made of larger objects which are destined to fragment into dangerous microplastics over the decades. The findings show that pollution in the patch is increasing exponentially, meaning that the plastic is unlikely to go away by itself – we must act to improve marine sustainability in the GPGP and across the world.

How Does Plastic End Up in the Ocean?

Of the amount of plastic that has been generated in the past 60 years, just 9% has been recycled, meaning most of this plastic waste has simply been dumped in landfills or burned. However, when plastic waste is collected and transported to landfill sites, it can be at risk of escaping into the environment. Even when confined to landfill, plastic is at risk of blowing away and ending up in rivers or oceans.

Lax standards in industrial processes are responsible for some plastic entering the environment, either when products containing plastic aren’t disposed of properly, or escaping during the production and or transporting of products. Many developing countries have not yet built and implemented sustainable waste management and are instead relying on landfill and dumping waste straight into rivers and streams.

Plastic in the ocean is fast becoming an urgent issue, and we can all play a part in improving marine sustainability.